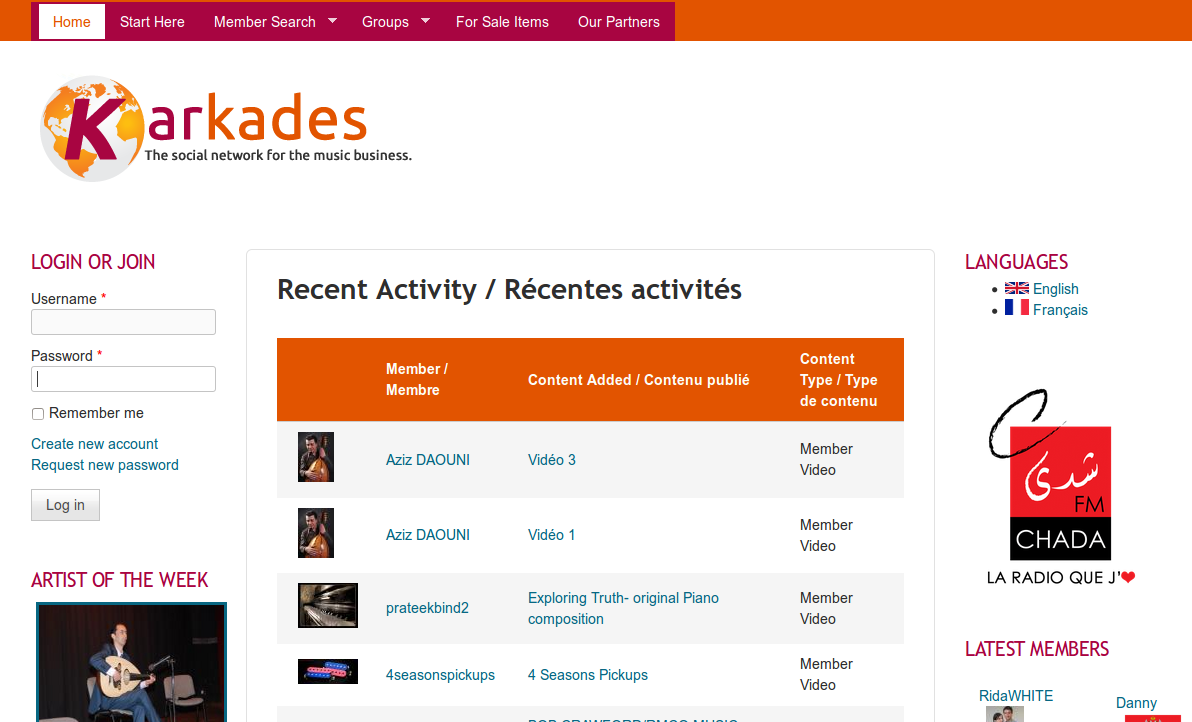 Karkades.com is a custom social network with hundreds of users located all over the world and is growing rapidly.

The site has received lots of international press, and is particularly popular in Morocco. The owner of the site came to me with nothing more than a vision of what he wanted in a site. He had initially contracted another web designer to build out the site, but after repeated failed attempts and roadblocks, and after two other web development firms could not produce the site, I was asked to take it on.

Under the hood, Karkades.com is based on the Drupal CMS and makes extensive use of custom database views, and specialized modules including Organic Groups. I am the sole designer and developer of the entire site, from the logo design to the development and maintenance/administrative tasks. The site is based on the Corolla theme but with extensive CSS customizations.